We need a council willing to work deeply to solve Boulder’s bigger problems like reducing flood risk at South Boulder Creek.  Check out former councilwoman Jan Burton’s piece in the Daily Camera that advocates for a deeper and results-driven approach to governance: Deep work by Boulder City Council required for real results.   Here’s an excerpt: 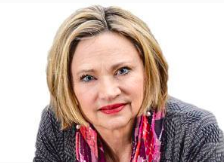 Let’s take the South Boulder Creek flood mitigation as an example. This has been a work item for 25 years, brought into laser-focus after the 2013 floods. During my tenure on Council, we made regular, albeit snail-like, progress, adding the CU South property (fundamental to flood mitigation) to the 2017 Comprehensive Plan and directing the Planning Board to document our annexation guiding principles.

But the composition of Council shifted in 2017, and the new majority began slowing down the decision process to delay housing development on the University of Colorado Boulder’s south property. In the process, they dismissed preferred recommendations from the Water Resources Advisory Board, key engineering experts and other key constituencies, including the land owner — causing confusion and back-tracking for all parties involved and ultimately the departure of critical and highly capable city water engineering staff.

Sadly, 3,500 of our residents in south Boulder neighborhoods aren’t any closer to flood protection than they were when I took office in 2015.

If City Council truly focused on Boulder’s top three to five priorities, I believe both they and city staff would be more effective, residents would feel less overwhelmed with the public process, and we’d show more progress. But, how do we get there?

Knowing that 3,500 residents’ lives are at stake, South Boulder Creek flood mitigation could easily become the top area of focus. The next Council, starting their term in November 2019, could publicly declare this as their top priority and one on which they would focus 50% of their efforts in the following six months. This would send a signal to the key stakeholders and partners to clear their calendars for deep work . . .