“Boulder City Council on Tuesday night voted to move forward with a flood mitigation plan that ignored expert advice, objections from a key project partner, and the preferences of the public and a city advisory board . . . “

If you attended last night’s meeting you already know Council voted 6 to 3 to approve flood mitigation Variant 1/500.  Since the landowner, CU, has said numerous times they object to Variant 1/500, we are at an impasse.  Read about it in the Daily Camera: South Boulder Creek flood work moves forward with CU-opposed plan.
in News 0 comments
July 26, 2018August 4, 2019  by Tyler 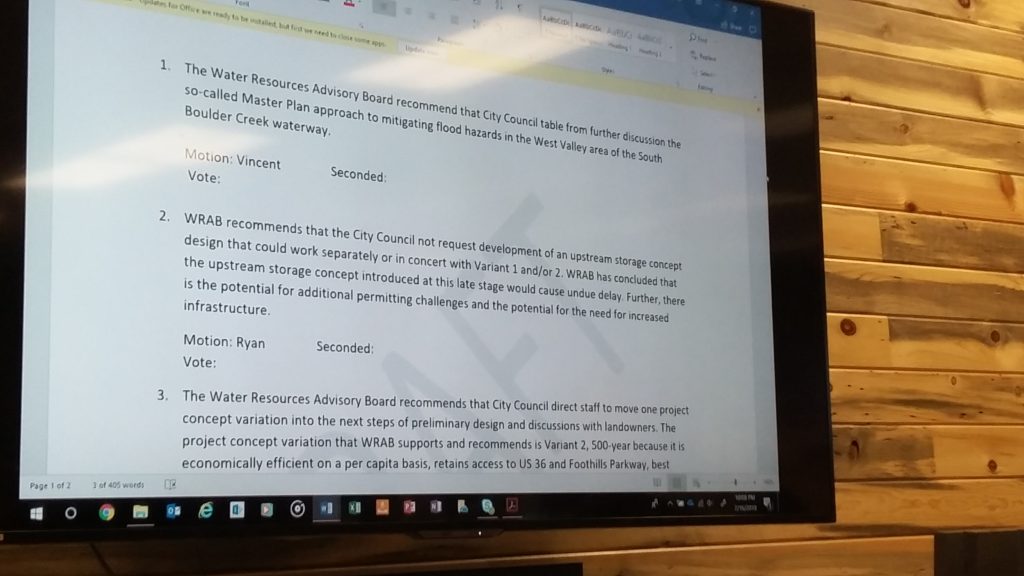 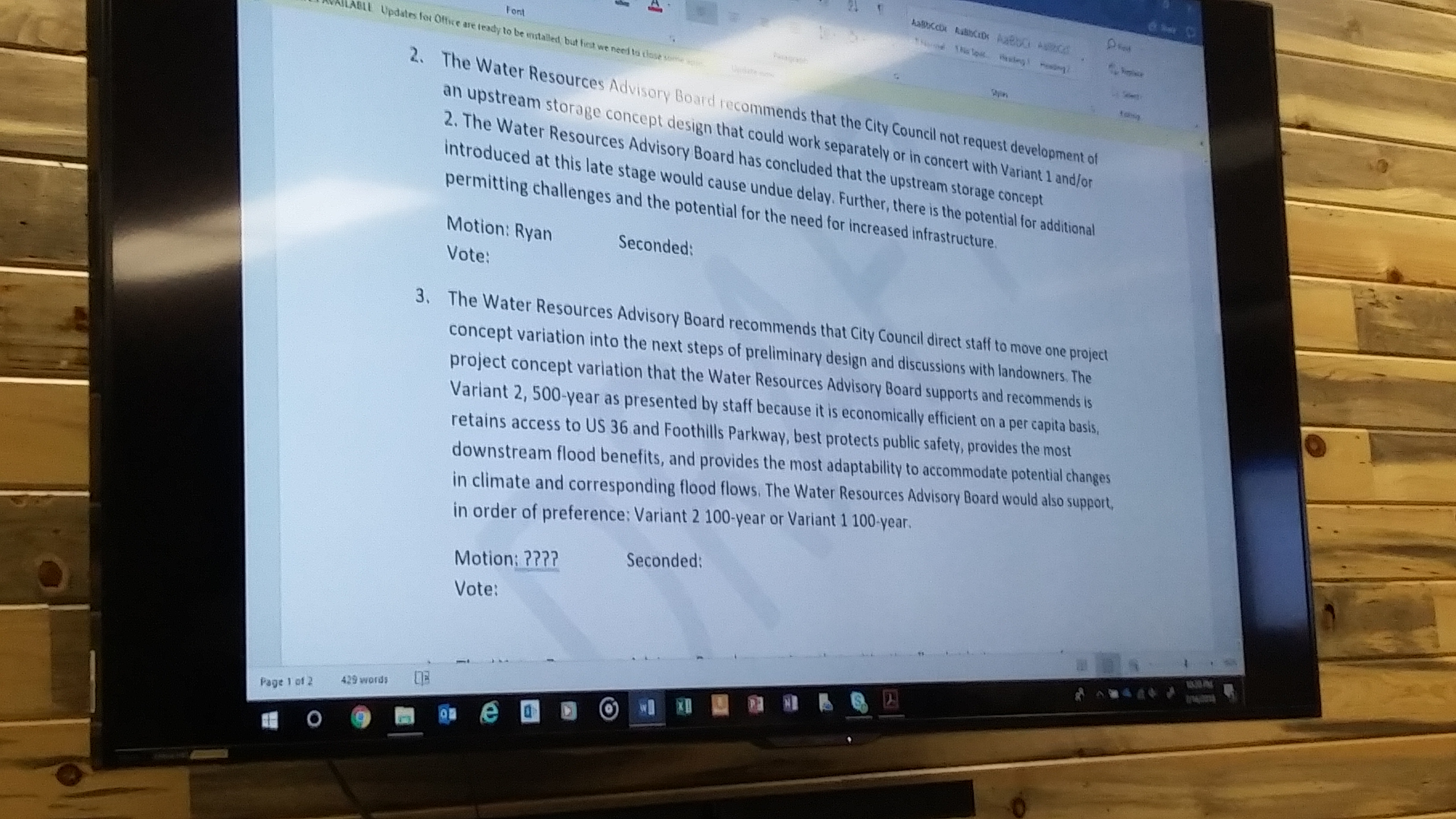 Do you have a safety plan in place for when our neighborhood floods?  In many parts of the City, when there’s an official flood warning the instruction is to move uphill.  For those of in and near the Frasier Meadows neighborhood in Southeast Boulder, that may not be a realistic option due to road closures and individual mobility issues.

Join us at a Flood Preparedness Meeting next Monday, July 9th, 2018 to receive information about your specific flood situation from Boulder’s Office of Emergency Management (OEM).

•   View maps that show the progression of what areas are likely to flood first in our neighborhood so you can get a better sense of what your best evacuation options are.

•  Understand how to “shelter in place” if you can’t evacuate safely.

•  Get feedback from City staff about what the best option for you and your family may be.

•  Receive background info and resources so you don’t lose sleep every time it rains. 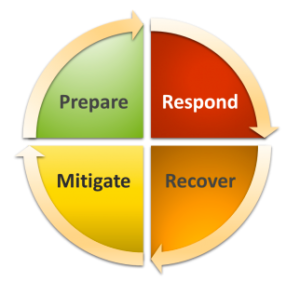 Join us at a Flood Preparedness Meeting presented by Boulder’s Office of Emergency Management on Monday, July 9th, 2018

The Daily Camera’s report on the joint WRAB/OSBT meeting

“In 2013 we were lucky,” Frasier Meadows resident Jim Wolfe told officials Monday. “We lost property, we lost houses, we lost a great deal, but we didn’t lose a life. We are going to be looking at another four years of worry, worry that it might happen again before this dam (is built).”

And another from Kathie Joyner of the South Boulder Creek Action Group.

“We’re here to ask for quick action. We are at risk everyday and need things to move quickly. Let’s not let the perfect get in the way of the good — as we all know there is no perfect, and unnecessary delays continue to put people at risk.” 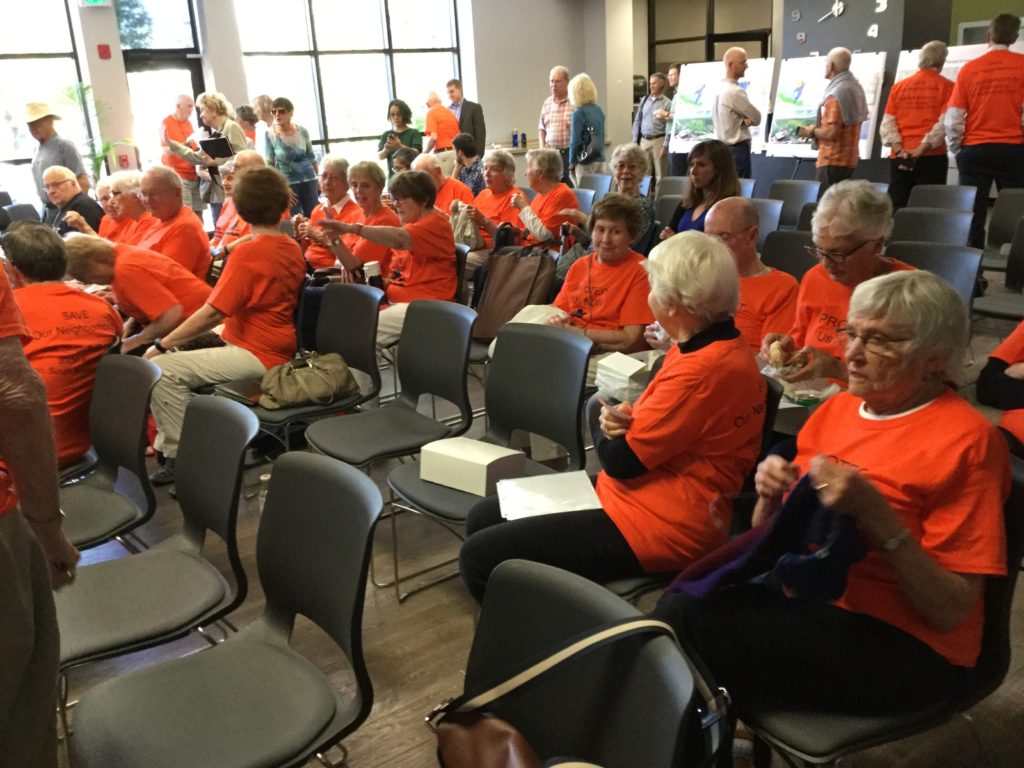 If you joined the cohort who wore orange t-shirts to support flood mitigation at last Monday’s Joint Board Meeting OSBT/WRAB, thank you! You made a difference by showing up whether you signed up to speak or not. If you couldn’t make it, no worries! More opportunities coming soon. Here’s a brief summary of what went down.

• The purpose of Monday’s meeting was for members of Boulder’s Open Space Board of Trustees (OSBT) and Water Resources Advisory Board (WRAB) to sit down together to hear staff’s updated proposals for flood mitigation on South Boulder Creek, ask questions, and have a joint discussion about next steps.

• On July 11, 2018: OSBT members will consider a motion to recommend any project concept variations they view as acceptable. Check out the concept variations for South Boulder Creek flood mitigation. Public testimony accepted at this meeting.

• Members of South Boulder Creek Action Group will ask OSBT members to accept as many of the proposed variants as they can.  We would like WRAB and City Council to be able to choose from the widest number of options available because we understand the political issues related to flood mitigation are complex and we value expediency.  (We want decision makers to be able to choose the most do-able option.)

• On July 16, 2018: WRAB will consider a motion to recommend a concept to move into the next steps of preliminary engineering. [WRAB may choose to rank its first choice, second choice, etc.] Public testimony accepted at this meeting.

• On August 7th, 2018: City Council will consider a motion to recommend a South Boulder Creek flood mitigation concept variation to move forward into the next steps of preliminary engineering and property owner negotiations.

We’ll be in touch again as each hearing date approaches. In the meantime, enjoy the 4th!

Save these dates! The City has scheduled THREE public hearings re: South Boulder Creek Flood Mitigation at OSBT and WRAB this summer. The first is happening this Monday. Here are the details for all three.

Public comment about flood mitigation at South Boulder Creek will be taken at each of these meetings. Attend and speak! If you’re uncomfortable speaking attend to get information and support your neighbors who are.

This Thursday, June 7th the City of Boulder’s Department of Public Works is hosting an open house about South Boulder Creek Flood Mitigation. View the new project design configurations! See results of the questionnaire that was available at the last open house. Comment on the evaluation criteria decision makers will use to choose a design.

We wholeheartedly encourage you to attend this meeting and fill out a comment card while you’re there. Remind decision makers we are still at risk and ask them to prioritize expediency as they evaluate a number of options to protect us from flash flooding caused by South Boulder Creek overtopping U.S. 36.

Attend to make your voice heard! 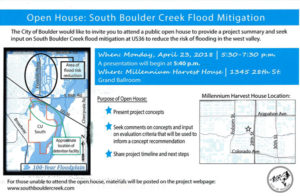 We wholeheartedly encourage you to attend this meeting and urge the City to keep prioritizing safety in our neighborhood by moving this project along. 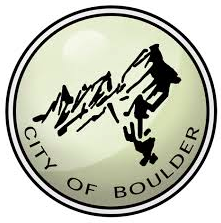 The South Boulder Creek Action Group and the Resident Flood Protection Team at Frasier Meadows Retirement Community (FMRC) viewed this year’s Boulder City Council candidates through a single lens: flood mitigation for South Boulder Creek including the annexation of CU South. Which candidates will work to move the approved plan forward with all haste? And which candidates would likely slow progress down by requiring more studies and seemingly endless public process? Here are our Boulder City Council Endorsements for election year 2017.

The first four candidates listed below earned our wholehearted endorsement by demonstrating they understand our flood issue and are committed to solving it by facilitating cooperation between CU and the City of Boulder. The last two are candidates we consider “safe” for you to vote for. While they didn’t articulate their support for flood mitigation as clearly as the first four, we have heard enough from them to believe they will work for and not against our efforts to achieve berm construction at CU South in a timely way.

BILL RIGLER
“I fully support working with City staff to bring Phase I of the South Boulder Creek Flood Mitigation Project to a vote as quickly as possible, and without further delay,” said Rigler in response to a question about SBC flood mitigation we emailed to all candidates. Rigler is a soft spoken and thoughtful candidate with an interesting background in national politics, he has worked for Geraldine Ferraro and Al Gore. Vote for BILL RIGLER!

JAN BURTON
Burton is an incumbent candidate who earned our gratitude and support by clearly and unequivocally pointing out the urgent nature of our flood situation during City Council meetings in 2017. She voted YES to support the Comp Plan Amendment for CU South. We view her as a clear thinking candidate who has consistently had our backs. The Daily Camera endorsed Burton this week describing her as, “a highly-accomplished former Apple executive who has done her best to ground the council in reality.” Vote for JAN BURTON!

JILL ADLER GRANO
Grano impressed us with her strong grasp of our flood issue and her optimistic and empathetic persona. She has said that she looks “forward to supporting the City moving as quickly as possible toward annexation and flood mitigation if elected.” We agree with the Daily Camera’s endorsement which describes her as “one of the most appealing council candidate’s we’ve encountered.” Jill appears to be a problem solver who knows how to get stuff done. Vote for JILL ADLER GRANO!

ED BYRNE
“Correcting this situation should be one of the City’s highest priorities,” said Ed Byrne in response to a question about South Boulder Creek flood mitigation we emailed to all council candidates. We appreciated Byrne’s attention to and understanding of our flood issue at the candidates’ forum hosted by FMRC and agree 100% with the Daily Camera’s endorsement which describes him as “a pragmatic moderate.” He is the top pick of a number of us from SBC Action Group and the FMRC Resident Flood Protection Team. Vote for ED BYRNE!

We are also happy to recommend:

We DISCOURAGE you from voting for any candidate not listed above if your goal is to support flood mitigation in our neighborhood. If we didn’t mention a candidate it is because they either indicated support for approaches that would slow or halt the City’s plan to provide flood mitigation at CU South by requiring more studies and process, or they failed to speak meaningfully about the issue despite receiving our questions by email several days prior to a Council candidate forum hosted by FMRC residents. We based our recommendations on the candidates’ presentations at the forum and on firsthand interactions and meetings with the individual candidates.

We are happy to share some good news with you! Updates to the Boulder Valley Comprehensive Plan including CU South recently passed a legislative process called four-body review. Four legislative bodies – City of Boulder Planning Board, City Council, Boulder County Planning Commission and Board of County Commissioners – all voted to approve amendments to Boulder’s long-range planning document. This will pave the way for flood mitigation to move forward.

It has been a very long road and we wanted to thank everyone for their efforts and perseverance! While these four affirmative votes will allow things to move forward, the City and CU still have work to do regarding annexation negotiations. I’m sure we’ll hear more about this as things begin to unfold. We know the City wants to hear from the public on what’s important to them in such an agreement with CU (e.g., flood mitigation, housing, transportation, etc.).

But, for now, let’s just give ourselves a chance to exhale. We have a lot to be proud of, not the least of which is the focused, rational and professional way in which we approached this issue with decision-making bodies and other members of the public. Kudos to everyone for a job extremely well done!

Here’s a link to watch the full meeting of Boulder County’s Board of Commissioners who voted last Wednesday, July 26th. And a clip of the final vote (from the POV of one of our members) below.

in Uncategorized 0 comments
Next »